What’s Going on with the U.S. News and World Report College Rankings?

It has been a long-standing tradition for the U.S. News and World Report, an American media company with roots reaching back to 1948, to release its annual “Best Colleges” report. This report has been at the center of a host of controversies, and yet it still made waves when the most recent version hit the virtual newsstands.

If you’re wondering just what is going on with the magazine and its college ranking system, you’ve come to the right place! Let’s break it down.

What is the “Best Colleges” Report?

First published in 1983, the U.S. News and World Report “Best Colleges” ranking list has been one of its most popular — and controversial — features.

The list purports to provide readers with a snapshot of colleges and universities from around the United States and then ranks these institutions on a range of features.

Discerning readers can filter the list through many descriptors including private vs. public, size, and geographic location, but the most coveted spot is to land among the list’s top 10 in “National Universities,” which “offer a full range of undergraduate majors, plus master’s and doctoral programs” while showing a commitment to “producing groundbreaking research.”

What’s the Controversy around the Report?

Just how accurate the report is has long been a point of contention — especially among higher education administrators who find the hoop-jumping to get ranked high exhausting and disingenuous. College presidents and high school guidance counselors alike have derided the list as inaccurate and full of bias.

Despite this, there is no doubt that the list holds real sway with prospective students and their parents. As The New York Times reports, “In the most competitive high schools, the college rankings have reached the level of obsession.” Students scramble to get accepted into the highest-ranking schools, and those who are weighing multiple acceptance letters are likely to look more kindly upon the schools near the top of the list.

This translates into a huge incentive for schools to get themselves in the top spots, and that’s where the trouble has come in. As The Guardian reports, the list has faced scrutiny because it relies on self-reported data coming directly from the schools, a situation that obviously creates a potential conflict of interest. The schools want to make themselves look as good as possible in the areas that impact their rating, which includes things like class size and number of full-time faculty members — both areas that have been problem points for higher education collectively in recent years.

The self-reported nature of the data certainly made many skeptics raise an eyebrow, but it wasn’t until Columbia mathematics professor Michael Thaddeus published a report about Columbia’s own meteoric rise to the number 2 spot that the real pot-stirring started.

Thaddeus demonstrated that many of the stats reported by Columbia were inaccurate, a revelation that pointed accusations at his own institution. However, Thaddeus’ writing makes clear that his real target wasn’t Columbia’s cooking of the books but rather the Best Colleges list itself.

“No one should try to reform or rehabilitate the ranking. It is irredeemable,” Thaddeus writes in his conclusion. He goes on to say, “This information is detailed and subtle, and the vetting conducted by U.S. News is cursory enough to allow many inaccuracies to slip through. Institutions are under intense pressure to present themselves in the most favorable light. This creates a profound conflict of interest, which it would be naive to overlook.”

In Columbia’s case, data was carefully cherry picked to present the best possible outcome in different categories. As a result, the average class size was made to look much smaller than it really was.

Columbia has been at the center of this controversy, falling precipitously to the number 18 spot in the most recent rankings. However, as Thaddeus’ report makes clear, the bigger concern isn’t one institution unfairly reporting their data — it’s the untrustworthy nature of the entire process. Other schools like Oklahoma and Temple have come under similar scrutiny in recent years.

It’s unclear what long-term impact these controversies will have on the Best Colleges report in particular and the conversation around college rankings as a whole.

The biggest concern is that colleges will use the ranking’s metrics to guide their own decision-making rather than base their choices in best practices and the benefit of their student body. For example, Thaddeus noted the extremely low acceptance rates at top schools when the rankings focused on exclusivity, but now that the focus has shifted to graduation rates, there are concerns that students who did not truly earn their degrees will be pushed through in order to boost an institution’s rank.

There are many possible responses from both U.S. News and institutions including different data collection techniques. Ultimately, though, the weight of the Best Colleges report will be determined by how much prospective students and their families continue to use them as a measure of desirability — accurate numbers or not.

← Part-Time vs. Full-Time College Enrollment What’s Your Passion? Unleash it with a Passion Project →

Should I Take a Gap Year?

The so-called “gap year” saw a steep rise in popularity in the 1980s. As matriculation from high school to college became more and more expected for the population at large, many students found the intensity of moving from the structure of high school to the...

END_OF_DOCUMENT_TOKEN_TO_BE_REPLACED 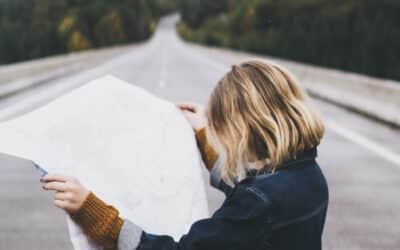